This is an old post, information in this post might not be up to date with the latest documentation/language features/package versions etc. If you ran into any issues please open an issue on this blog's GitHub Repository.

Two and a half years ago I wrote how to use RecoilPHP to create a PSR-15 middleware adapter for react/http using coroutines, monkey patching, and autoloader hijacking. Today there is a followup on that without any coroutines, monkey patching, and autoloader hijacking. But using ext-parallel instead, react-parallel/psr-15-adapter was created. 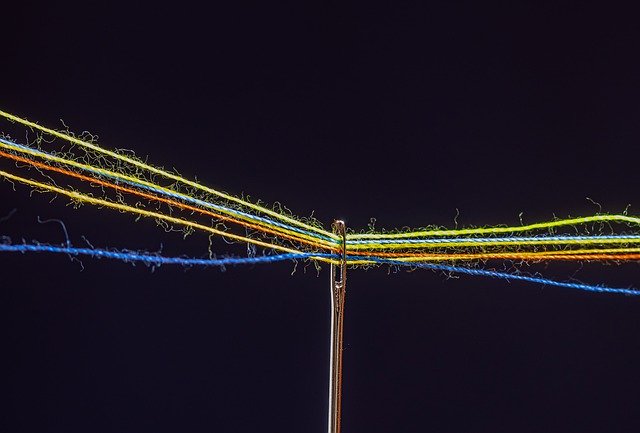 This origin story doesn't start out with the need to build this adapter. It starts about a year ago when I was trying out ext-parallel with a support service for WyriMaps.net that generates static map images on demand. Initially it ran using Child Processes, but those are expensive to start. The alternative I turned to are threads using ext-parallel. The downside is that they require PHP to be compiled with ZTS turned on. As such I started creating my own Docker images for PHP specifically tuned for this. The outcome of this was a huge success, threads are near instantly available and all those blocking CPU intensive calls. This runs very smooth, as long as you have the CPU capacity to handle all requests. Later on I moved this project to a serverless architecture using Bref because of the CPU limitations, but it proved threads are viable in PHP. That project opened up opportunities that before were impossible in PHP, like the package I'll be writing about today.

Looks pretty simple and easy to set up right? Welll... there are a few gotcha's, first off this package uses ext-parallel so we're communicating with threads. And as the spiritual successor to ext-pthreads, ext-parallel limits what you can send to and from a thread. You can only send scalars or user defined classes to and from threads. Anything else, including resources, internal PHP classes, etc is not allowed and will cause errors.

For this package, that includes anything in the middleware instances we pass, which are cloned before passed to a child thread, and the requests can't have any streaming bodies or attributes that violates these rules. The request/response body is forced to a string body in the middleware when it goes to or from the thread.

One of the coolest thing about this middleware is that there is no monkey patching needed to make PSR-15 middleware compatible with react/http. This is possible because of the channel feature in ext-parallel, they enable bidirectional communication with threads in both a blocking and non-blocking fashion. The excellent design of this feature makes it possible to use this in a blocking fashion in a worker thread, while the main thread uses it in a non-blocking fashion dealing with hundreds of threads and channels as a process manager. Because that is what this opens the door to: FPM implemented using react/http and ext-parallel in pure PHP (well and a C extension).

So to make this happen we need two channels, a thread, the PSR-15 middleware you want to run, and a request to handle. Once all running parts are in place a request takes the following steps: 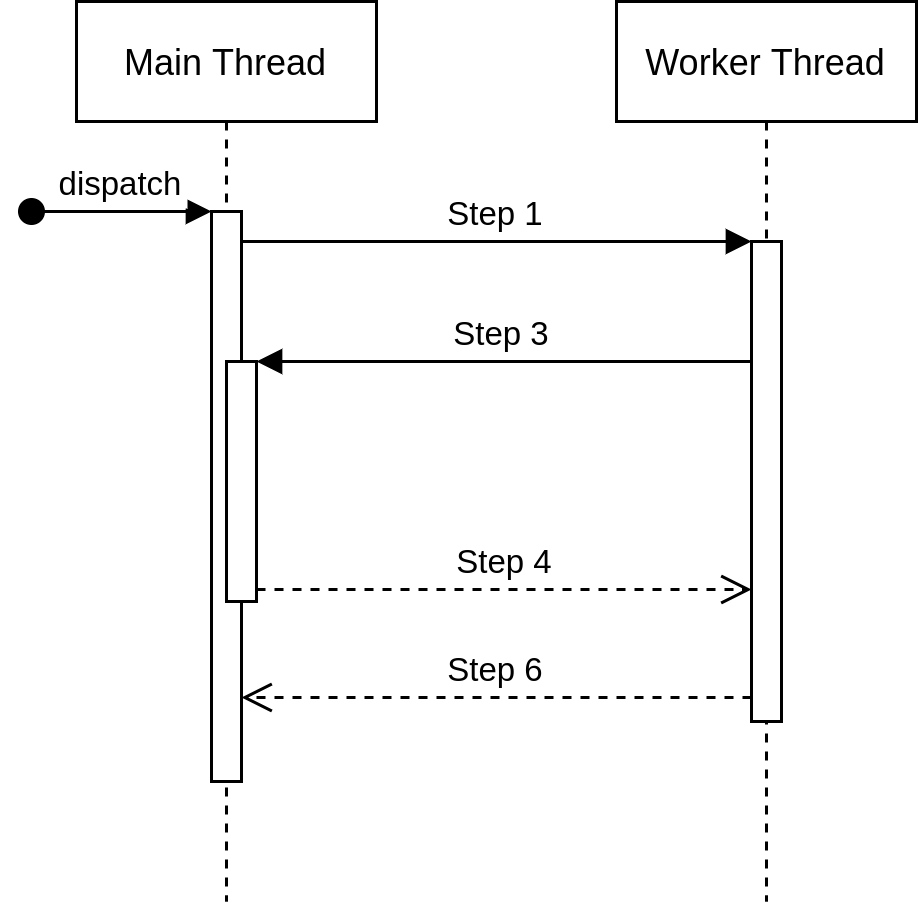 The following snippets use react-parallel abstractions around ext-parallel to keep the cognitive impact of this post lower. They will have a link to the abstractions for this wishing to understand how it works under the hood. But, this post introduces new concepts for enough readers that I don't want to overwhelm them, and give them to opportunity to learn at their own pace.

So first off we need to have the channels to communicate with the worker thread, one for shipping data to, and one for receiving data from. There is no abstraction for creating them, so we can just do:

Now next we need to create a worker thread, or better, use a pool with a TTL on it that will keep idle worker threads around for a set amount of time, so we can quickly reuse them. The following code will run the passed closure inside the worker thread. At this point the channels aren't used yet, we don't need them until step 3, assuming we reach that step and the PSR-15 middleware doesn't short circuit the request and sends it's own response.

The actual logic uses a worker pool, which is an abstraction over pools to have dedicated worker threads for certain tasks.

At this point we are inside the worker thread, where in our previous example where we have the 'Step 2 here'. So now we need to run the middleware chain passed to us. The code below is rather boring, it sets up a middleware and request handler chain that will end at the Psr15RequestHandlerAdapter. And there is where it will get interesting for us, when the request ends up there step 3 will kick in.

The actual logic is the example above, but at a slightly more abstracted position.

3. Request passes through middleware and is sent to the main thread again for further processing

At the point the Psr15RequestHandlerAdapter receives a method call with the request as it has passed through the middleware, and this is where the magic kicks in. We first send the request back to the main thread, and then on the second line, we call recv on the channel in a blocking fashion. Now at this point this worker thread will freeze in a manner of speaking and wait for the main thread to send something to the input channel.

4. Main thread comes up with a response and sends a response to the worker thread

We're switching back to the main thread now, where we wait for an object coming from the output channel. The moment we call single on the stream factory we're telling it to wait for only one message, and then stop listening. Once the promise returned by single resolves we can unserialize it, and pass it onto the next middleware. Internally the single method uses RxPHP observables, so you can also use a channel for a continuous stream of objects, but that is beyond the need of this package. The beauty of this is that the underlying logic behind single is an event loop`ish mechanism that will poll for events in a loop.

Once the next middleware is done, we serialize and send it through the input channel back to the worker thread. Which is still waiting for us.

5. Response passes back through the PSR-15 middleware

So at this point we've received the response from the main thread, and will flow through the chain we've set up in step 2 the moment recv returns something.

So once it has made it's way through the middleware chain, we return the response from the closure.

6. Response is send back to the main thread and passed back up the middleware chain

Abstracted away is a Future to Promise converter using the same event loop we use for channels. This has to be because the runtime encapsulated inside the pool returns a promise. And, where promises are push, futures are pull, so we use the event loop to notify us.

The path forward from here

Initially I was hoping this middleware could deal with my PSR-15 needs. But I've ended up with a solution that is very similar with FPM, one main thread, and a pool of worker threads to handle requests. At the core this package, and the solution I went with are the same solution with different scopes. The reason I'm still writing about this middleware is because it adds incredible value to those, like me, who want to have a blazing fast application server with PSR-15 middleware but don't want to have to convert all middleware to be compatible with react/http.

Looking into the future

A couple of years ago creating something like this would mean using child process, which are slow and expensive to start, expensive to keep around, and less than ideal to work with. By using threads for this, it is suddenly very cheap to spawn a worker for any (blocking) work you want to off load from the mean thread. (During testing spawning 300+ threads within a second was as if it second nature for PHP.) This package uses that ability to make something inherently incompatible, compatible. There is many cool things we can do with these cheap threads, we discussed PSR-15 extensively, touched PSR-3, but what about PSR-11?

Tweet Two and a half years ago I wrote how to use RecoilPHP to create a PSR-15 middleware adapter for react/http using coroutines, monkey patching, and autoloader hijacking. Today there is a followup on that without any coroutines, monkey patching, and autoloader hijacking. But using ext-parallel instead, react-parallel/psr-15-adapter was created.